🌙 LaylatulQadr: A Night Worth A Thousand Months - How To Be Productive?

Time has flown by quick as we enter the last ten nights of Ramadhan. Alhamdulillah for everything so far, and I hope this Ramadhan has been the best of best for you. As we start our treasure hunt seeking the Night of Qadr (Laylatul Qadr), let's find out what makes this night so special in the light of Quran and Sunnah.

🔔 What Is The Intent Of Laylatul Qadr?

The intent of Layltul Qadr is not praying a lot indeed the Messenger صلى الله عليه وسلم did not increase on 11 Rakah in Ramadan. The intent is for the slave of Allaah to prepare and spend this night in Dua and Dhikr (remembrance of Allaah), as mentioned in the hadeeth which is collected by Tirmidhi no 3513.

《From Ayesha who said: I said O Messenger of Allaah what if I knew what night the night of Laytal Qadr was, then what should I say on that night?' 》

Indeed the Messenger did not teach her to pray a lot nor to make lots of Dua or to perform a specific ritual of worship, rather he taught her this Dua.

In al-Muwatta in the book of al-I'tikaaf, the chapter of what is mentioned about Laylatul Qadr: Ziyad related to me from Malik that he had heard that Said ibn al-Musayyab used to say, "Whoever is present at isha on Laylat al-Qadr has taken his portion from it."

❤️ What Are The Virtues Of Laylatul Qadr?

“Indeed We have revealed it in a blessed night, indeed we were always warning. Whereupon every wise command is made clear As a command from Our presence.–Lo! We are ever sending A mercy from thy Lord. Lo! He is the Hereafter, the Knower Lord of the heavens and the earth and all that is between them, if ye would be sure.”

Qadr can mean greatness, or it can mean decree because this is the night that Allah will decree for the upcoming year. Better than a thousand months means, in terms of its virtues and deeds, that is why whoever establishes this night with faith and seeking reward, is forgiven for all previous sins. As for the angels, they are slaves of Allah that worship day and night; they come to earth in this night with good, blessings, and mercy.

The Spirit is Gibrael (AS). That night is Peace, means that it is peace for the Muslims because there are freed from the fire in this night. Until the rising of dawn means that Laylatul-Qadr ends at Fajr, and all the acts of worship in this night should continue until Fajr, and in this noble surah, we are shown the many virtues of this night.

In al-Muwatta in the book of al-I'tikaaf, the chapter of what is mentioned about Laylatul Qadr:

Ziyad related to me from Malik that he had heard a man he trusted of the people of knowledge say,

"The Messenger of Allah, may Allah bless him and grant him peace, was shown the lifespans of the people (who had gone) before him, or what Allah willed of that, and it was as if the lives of the people of his community had become too short for them to be able to do as many good actions as others before them had been able to do with their long lives, so Allah gave him Laylat al-Qadr, which is better than a thousand months."

🕌 Supplication During The Night of Decree

Hafidh Ibn Katheer says in his tafseer: It is recommended to supplicate often during all times, especially during the month of Ramadan, in the last ten nights, and during the odd nights of it even more so. It is recommended that one say the following supplication a lot:“O Allah! Verily, you are the Oft-Pardoning, You love to pardon, so pardon me.”“Allaahumma Innaka ‘Afuwwun Tuhibbul-‘Afwa Fa’affoo ‘annee.”

This is due to what Imam Ahmad recorded from Aishah that she said “O Messenger of Allah! If I find the Night of Al-Qadr what should I say?” He (sallallaahu ‘alaihi  wa sallam) replied,Say : “O Allah! Verily You are the Oft-Pardoning, You love to pardon, so pardon me.” [Ahmad, At-Tirmidhi, An-Nasai and Ibn Majah]

🤲 Duas That You Can Make During This Night

The best of Duas was made by our Prophets. So we've compiled a few for your ease.

✔️ Checklist On How To Be Productive

The Prophet's Way Of Reciting The Qur’an

Ibn al-Qayyim (may Allah have mercy on him) said: The Prophet used to pause while reciting, stopping at every ayah. So he would say

Az-Zuhri stated that the recitation of the Messenger of Allah (blessings and peace of Allah be upon him) was verse by verse, and this is what is best, to pause at the ends of verses, even if they are connected to what comes after them.
[Zaad al-Ma‘aad (1/326)]

The Prophet used to recite in a slow and measured way, such that the surah would end up lasting longer than another surah of greater length. And he could repeat a single ayah during the night prayer until morning. It is mentioned in Saheeh al-Bukhari that Qatadah said: I asked Anas about the Prophet’s recitation, and he said: 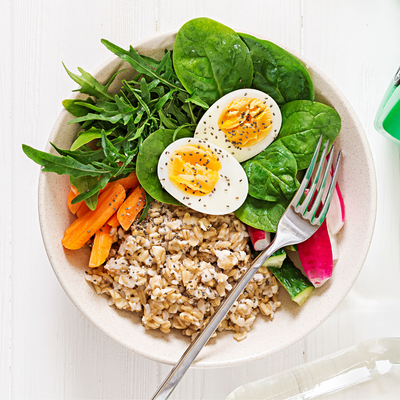 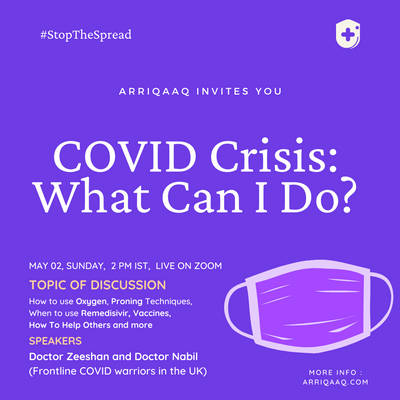