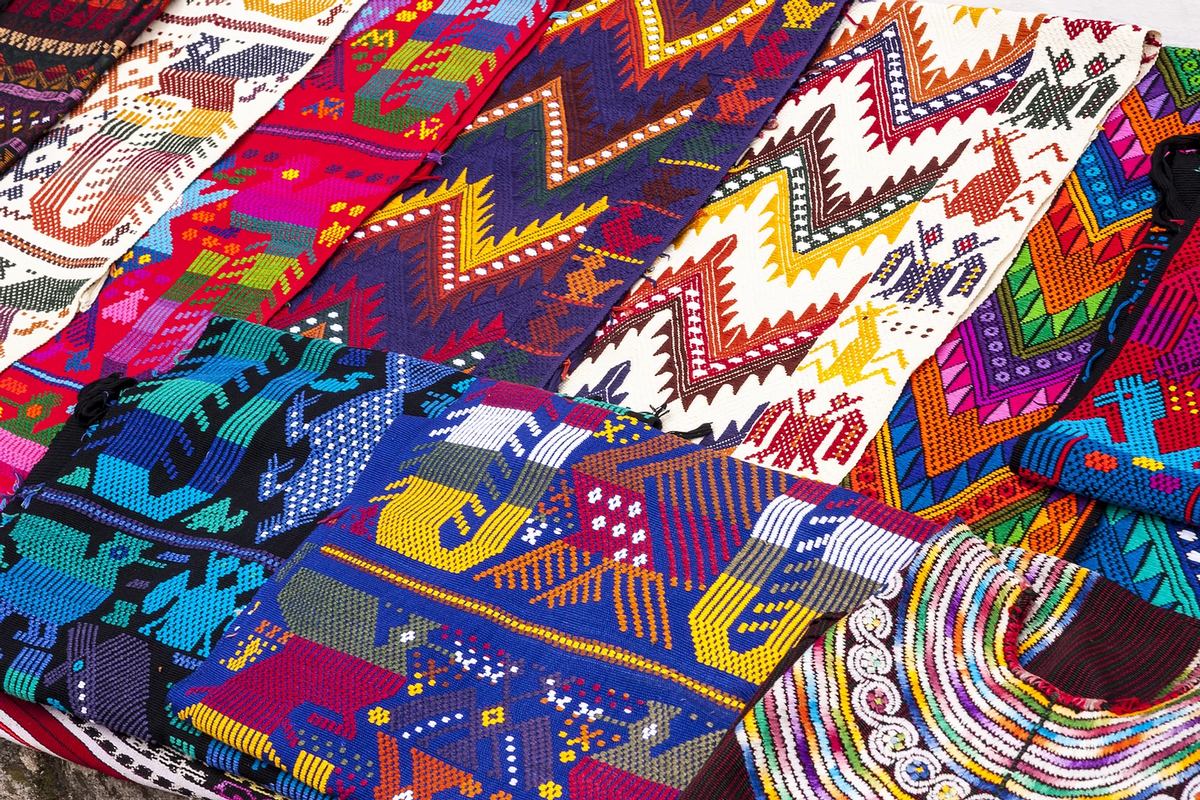 🇹🇼The Life Of A Muslimah In Taiwan

“Taiwan is a society that appreciates multiculturalism and freedom of religion”. This statement from the President of Taiwan takes me back to the day when I stepped out of my parents’ home to leave to a country named Taiwan, a name I had hardly even heard of in my life.

Leaving the comforts of living in a Muslim country never seemed as an option for me. I always dreamt of living and nurturing my daughter in a Muslim environment. I perceived the outside world as an almost impossible residence for a Muslim to truly practice their deen, freely and without the fear of being misinterpreted. Apprehension and fear had surrounded me. I had a lot of doubts in my ability to survive this new and different life without the immense blessings that life in a Muslim country was offering me. From the beautiful sounds of the Adhaan, the melodious and soothing recitation from the Masajid at every nook and corner, availability and ease of gaining religious knowledge, the ability to walk out in full covering without fear of being demeaned and simply practicing one’s religion in peace. A large part of the society is led to believe the hype media has created. Not only does it vilify Muslims but also showcases how Muslims are treated in many parts of the world. This was everything that was running through my mind, days before I left the place I called home. Though I had read about Taiwan as a country, it was very difficult for me to fathom the difficulties I would have to face when I moved.

We read a thousand times the Ayaat and Ahadith that teach us to have certainty, faith, patience and Husn Ad Dhan billah (Good thinking of Allah) regarding Qadr and divine decree.

“And seek help through patience and prayer…”

“And We will surely test you with something of fear and hunger and a loss of wealth and lives and fruits, but give good tidings to the patient.”

And in a famous Hadith Qudsi, it is narrated from the beloved Messenger of Allah (ﷺ):

But when it comes to putting this into practice many of us fail. I thought I was failing this test due to the condition of my heart. I constantly made dua to Allah to grant me patience and strength, but at the same time absolutely did not want to move. Alhamdulillah my perception and feelings changed when we started living here.

Fast forward two and a half years, and I would say Taiwan is nothing like those countries that humiliate people on the basis of their religion, culture or where they come from. I do admit, that migrating to a completely new country that you have never heard of before or could not even imagine living in, comes with its fair share of struggles. Living in a country with a language that you cannot understand let alone speak, a culture that is completely different from yours, a people you have hardly dealt with before, is very intimidating.

Taiwan is a society that appreciates multiculturalism and freedom of religion

The first time I stepped into the country I was expecting strange looks or comments from people that would make me feel unwelcome. But the more I looked around, nothing of that sort occurred. When I would step out of the house, I tried to avoid any contact with people as much as possible. But the extremely welcoming nature of the Taiwanese people surprised me. They showered me with, not strange looks or comments, but words and actions of kindness. They would be rather be very excited to converse with me in a somewhat sign language I would say. When they would see I was carrying my daughter, who at that time was a one year old, they would rush to me not only to help, but they would even go to the extent of offering us snacks and drinks. Every place that we visited, I felt welcomed and this played a huge role in helping me adjust to these new surroundings.

From the greatest blessings of Allah, is that He puts us in a place, where we can practice what we believe, while having safety and security. Alhamdulillah, whether it is walking with my Hijab or finding a corner to pray in public, the Taiwanese people will not make you feel awkward. Initially, one of my apprehensions was “How would people react if I needed to pray in public?” I used to think that people would glance at me in a peculiar manner. Back in the U.A.E, we are blessed with not only places to pray, but some of the most beautiful and well-maintained rooms. All prayer rooms house clean washrooms and wudhu areas. I still miss this blessing immensely. So, there is no other option for us, but to find an isolated corner to pray in when we leave the house. Several times, it has occurred that I try to find an isolated corner to pray, yet cannot escape being in the view of people. However, I see that once I start to pray, instead of attracting strange glances, people lower their heads in respect. The Taiwanese are known for their excellent character and shy nature, and this continues to impress me until now.

The Taiwanese are known for their excellent character and shy nature

There are still a lot of things that I saudade when I think about living in the U.A.E. The city we live in does not have a proper Masjid and that means we do not hear the sound of the Adhaan or the recitation of the Quran. But the prayer hall, in the basement of a dorm in my University, has taught me some of the lessons that I probably would not have learnt in a lifetime. The love and cooperation within the Muslim community, the desire to learn and practice the deen are just some of the things that I saw and truly felt, and maybe even for the first time. I was grieving at the idea of not having access to religious gatherings, but little did I know that I would get to conduct such gatherings in a manner that made me feel closer to Allah and have a better understanding of the religion. All my shortcomings became more apparent to me. It is true that Allah brings out the state of our hearts in times of difficulties, so that we can rectify ourselves. And I believe this test, brought about immense treasures and blessings, not only for me as a person but also for my religion.

Coming to my University, another unexpected event that occurred for me, was to pursue my Masters’ degree, in a foreign University, in a subject that never interested me. Concerning my background in my Bachelors’ degree, the subject of my Masters’ program did not even touch the basics of what I had previously studied. I had completed my Bachelors’ in Shareeah and Usool al-Deen (Foundations of Religion) and I was about to dive into Cultural theories and World Politics. The reason for me deciding to choose this subject, I will not mention here, but after finishing my studies, I can confidently say that this is also one of the things that helped me understand the decree of Allah better. I had doubts about how I would adjust with the professors and other students. However, once I started attending University, I saw that giving and receiving dignity in Taiwan had nothing to do with your race, religion or where you come from. The University was there to support us physically, psychologically and even religiously. I could discuss with my professors, without any hesitation, the difficulties I faced, and they were always ready to support me. A blessing of Allah, that I would probably not have been able to experience back home.

Giving and receiving dignity in Taiwan had nothing to do with your race, religion or where you come from

Another struggle that we faced initially, was finding Halal food. Back home we lived in luxuries that I cannot begin to count and the bounties of Allah cannot be counted. Halal food was one of them and the ease of finding it is an even greater blessing. I will be very honest, that this was a great test. We do not truly realize the blessings of Allah, until they are taken away. This is not because, there was lack of Halal food in our city but we just did not know how to get about and find the correct places that sold Halal food. Our prayer hall was one place, but the distance and unstable weather in Taiwan at the time made it difficult for us to access the location regularly. The lack of convenient facilities made it even harder for us to store large amounts of meat. And this taught me another great lesson. To live in this world and to practice the Deen of Allah, we do not require luxuries. If Allah has blessed us with them, then we have to tread the path of gratefulness and Shukr, but if Allah chooses to keep it away from us for a particular time period, then the best path is the path of Sabr. And this is when I truly understood the fruits of Sabr and Shukr.

Throughout the years, Allah opened many doors for us. One of his names is Al Lateef. He is not only kind, affectionate and gentle but also subtle when dealing with His servants. He does not overwhelm us with His blessings, just as out of his justice and mercy, He does not overwhelm us with tests. The doors to His blessings open in a subtle manner and he gives it to us slow and steady. This is due to His perfect Ilm (knowledge) and wisdom as only He truly knows what is best for us.

A great concern that still remains for me is the tarbiyyah and nurturing of my daughter when she starts school, but I believe that just like Allah has helped us through other struggles, He will make a way out of for us from this test too. All we have to do is trust and rely on Him, while making dua and taking the means.

Living in Taiwan has taught me many things, but one of the most valuable of lessons is that a piece of land is not the most important factor when it comes to the worship of Allah, but moreover it is the state of the heart. It took me many slips and turns to completely understand and realize this, but I am grateful to Allah that he has put me where I am now, and not left me to what I wished for myself.

O the Ever Lasting, O the Sustainer and Protector of all that exists…I seek aid through Your Mercy; correct for me all my matters and do not entrust me to my own self even for the blink of an eye.

Noora Jukaku is a graduate student in the department of Humanities and Social sciences at National Chiao Tung University Taiwan. She has completed Bachelors in Sharee'ah Usool al-Deen from University of Sharjah UAE. She has delivered talks on various topics in Markaz Al-Huda Dubai and in Muslim students club in Hsinchu. 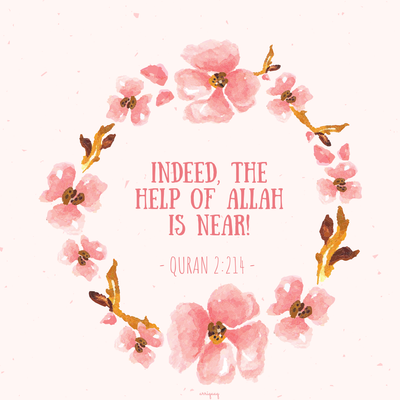 🇺🇸Being A Muslim In America

🇺🇸Being A Muslim In America

By Farah Jukaku I stare at the stars at night, They've been there for a million years, Then...