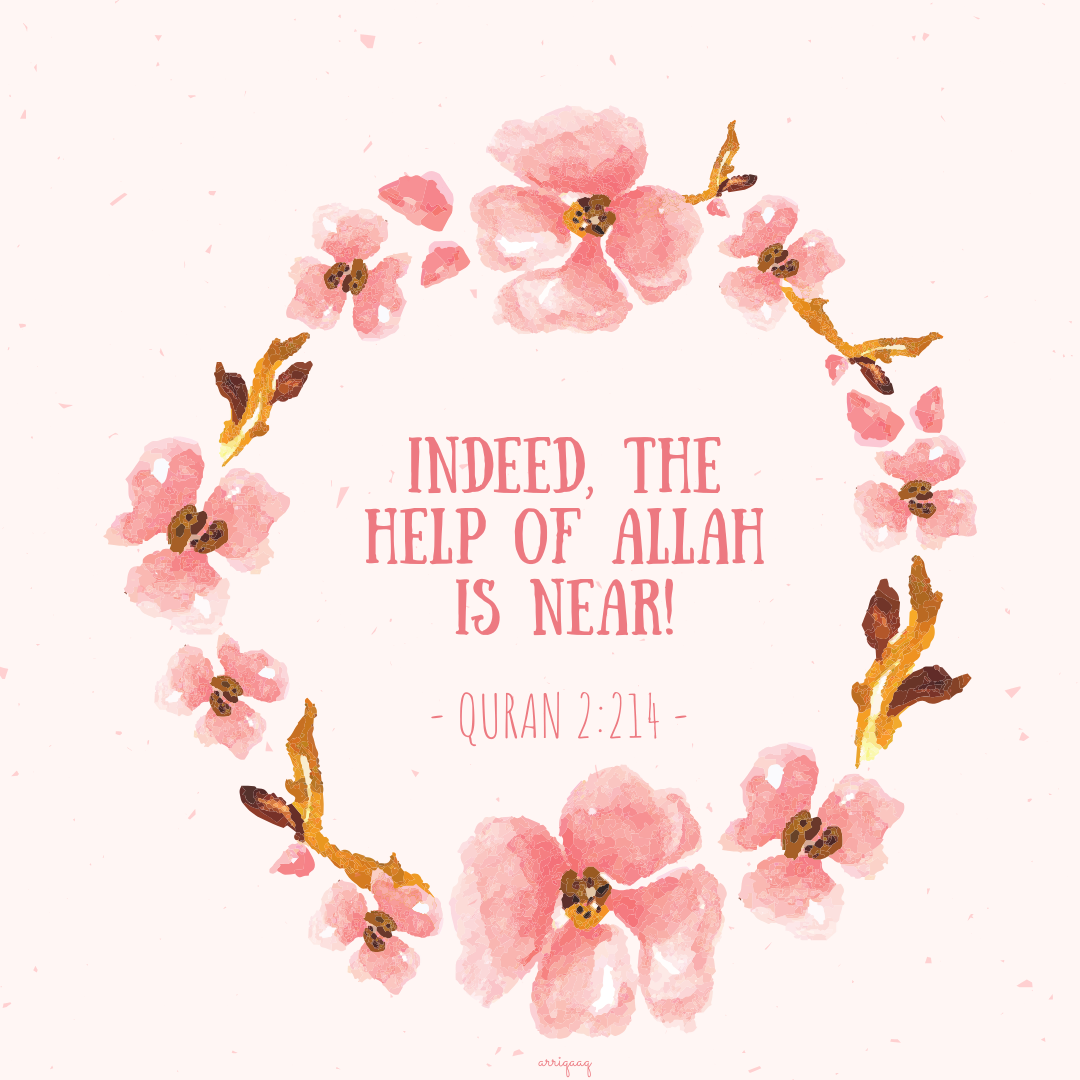 The loneliness, the desperation, the feeling of constantly being misunderstood by family and friends; not actually belonging anywhere yet wanting to fit in so badly that it became a quest of finding the truth of my existence; what exactly was my purpose of being in this world?

That, and many such unanswered questions, was how Allah brought me to His religion, Islam. Who I was before Islam, might have been important, had one really wanted to understand the various paths I took, in order to find meaning to it all. But, having heard so many similar stories of reverts such as myself, and their experiences, I truly feel this is not something I wish to give importance to, because Allah chose this very special path for me, one that is veiled in modesty, where my past does not define me anymore, Alhamdulillah. Very few people who knew me then, know me now, like my parents, my family, for example; yet it is not something I speak about nor do they ask me about. Even if I tried to explain, I wouldn’t be able to do justice to the plethora of emotions I have felt, the knots in my stomach that used to grab at my insides, and the immense guilt I constantly lived with. Because no one really knew me, none really understood who I was, what I actually wanted, and for a young girl in her teens, neither did I. It was as though I was living multiple lives, yet not one had any meaning. SubhanAllah.

The questions burned within, more so since the time I decided to enrol in a subject (as an elective) called ‘World Religions’, in my college; herein, we were introduced to the major religions around the world, their scriptures, etc., but due to my keenness to know more, it actually led to even more doubts & curiosity regarding my own religion than anything else. UAE is the only home I have really known, but Islam never came to the forefront for me before, even during this course. It seems so strange now, but looking back, it was like I never really heard the Adhan before, I had Muslim friends but ones that never spoke about Islam, mosques never actually stood out, and Islam as a religion, never even occurred to me other than the gesture of making dua’. Somehow, in my naivety, I started to pray each night, as I lay in bed, to Bhagwaan (with palms joined), to Christ (with the cross gesture), and to Allah(with hands raised in the dua’ gesture). A desperate plea, “God, do you really exist?”

Five more years passed, and now, I was at a place in my life, where even though I had succeeded in pursuing a career of sorts, a lot of emotional turmoil engulfed me, and I still felt alone, more so than ever, with no one to confide in. I had struggled with making friends since school, and didn’t really have a tight knit group as such. But, finally, Allah brought answers to the most basic questions I had, in various ways, in different places, through different people.

I was then handed the English translation of the Qur’an, by a daee brother at a Qur’anic museum in the UAE, built to showcase the message of the Qur’an to tourists by way of beautifully explained posters and displays. The first time I opened the Qur’an, and read the words in Surah Al- Baqarah,

“This is the Book about which there is no doubt, a guidance for those conscious of Allah” [Quran 2:2],

I was intrigued by the choice of words SubhanAllah! Books have been my solace since childhood and I had never before come across such language, in any book, written by any author, and that ignited the spark within me, to keep reading. I couldn’t put it down. Then, I came to the verses,

“Indeed, those who disbelieve - it is all the same for them whether you warn them or do not warn them - they will not believe.” [Quran 2:6]

Reading these words struck such immense fear inside my heart, it shook me to my soul, I froze, I couldn’t continue reading. I cannot explain what it was, but I was scared to open the Qur’an again, probably afraid of actually finding what I had been searching for all along.

A short while later, I dislocated my knee cap and was in a full leg cast, on complete bed rest for two weeks. This was the period when I delved more into my research about Islam. Allah guided me every step of the way; from videos, to lectures, to question & answers, and knowing what I know now, it is a miracle how I watched exactly what I needed in order to find my answers at the time, without even knowing where to begin. Indeed, it was a miracle, Alhamdulillah. I was so restless and so impatient at the same time; I couldn’t bear to not open the Qur’an again. And this time, I came across the verses:

“Their example is that of one who kindled a fire, but when it illuminated what was around him, Allah took away their light and left them in darkness [so] they could not see.” (2:17)

This was it. I didn’t understand them, but I felt as if these verses were directed at me; I was the example, I was the blind one, the deaf one, the dumb one, the adamant, arrogant one; and all I knew at that instant was to make a plea, with silent tears in my eyes, my heart cried “No. No, I don’t want to be deaf, dumb, and blind. I want to be guided; I want to be on the path of truth.” It was a plea from my heart, a desperate, ultimate, final cry.

I began listening to the Qur’an, in Arabic along with an Urdu translation. In reality, being confined to home, with a broken leg, turned out to be a blessing from Allah. Day in and day out, I listened to the verses; it only took me a short while thereafter, to know what I was listening to, the verses, could be nothing but divine; not man-made, they could not be the words of a human being. And that is all I needed to know, to internalize that fact. My quest ended there, but my journey had only just begun.

And so, I reverted to Islam 10 years ago, I was 22; it was all pretty simple and straightforward to me; I said the shahada as is required, shopped for & started to wear abaya/hijab, cut off from friends, began to study/practice Islam as per the Qur’an & sunnah, and so on and so forth. No one needed to convince me, neither about Islam as the religion, nor about following the commands of Allah therein (such as the hijab, giving up certain habits such as listening to music, etc.), because none of that mattered to me as much as the happiness I derived from knowing with full yaqeenthat I was, finally, on truth.

From there onwards, my journey only got more beautiful, Alhamdulillah. The trials I faced only beautified my imaan as I learned to rely solely and fully upon Allah alone. My first time in the masjid, the beautiful friendships Allah blessed me with like I never had before, the love and mercy Allah placed in my parents’ & family’s hearts to accept me and my choices, are all my Rabb’smercy upon me.

Despite everything I have been through to reach here (with Allah’s help), even today, each time I am asked to recount my journey to becoming Muslim, I can barely find the right words, because the gratitude I feel when I think of the miracle of being guided, through the Qur’an, is too immense subhanAllah. But when I overheard my son’s conversation on phone with my mother the other day, saying in his innocent words, “Paati, why do you not pray to Allah? You must pray only to Allah, not anybody else!” I realized just how significant my journey has now become.

And so, writing this today, my intention is to leave this behind for my future generations, my offspring, my family, as a means of da’wah, or maybe as mere humble advice to myself first - to always stay on the right path, the path of truth, hold on to the deen of Allah, His Qur’an, and never lose sight of our purpose in life; never lose Allah, because Allah found me and guided me when I was lost, lifted me out from the darkness that almost overtook my heart; and even though my story might not be extraordinary, but what our Rabb plans by way of His Infinite Wisdom, is never anything less than extraordinary, nor is it without purpose.

I thank Allah for the ability to pen this, Alhamdulillah. Please note this is intended only as a means of sharing my personal journey to Islam and not intended to offend or hurt anyone. We are all on our own journey and Allah guides whom He wills in His own way, SubhanAllah. Please do not ask any personal questions or any questions related to fiqh, aqeedah, sunnah etc. as I am not a student of knowledge nor well versed with such topics to answer.

May Allah grant my parents and entire family hidaayah, and keep me, my husband and my offspring steadfast upon Islam, in life and in our final moments on this earth. Aameen.

Zahra Vk is a home maker and mother of three, residing in the UAE since 25 years. She has an MBA in Public Relations and has previously worked for many years undertaking various corporate roles. She has a keen interest in reading, creative writing, and learning new topics, and plans to pursue her Islamic studies while focusing on the tarbiyah of her children.

#WeReverts is a series of articles on the journey of individuals who have accepted the religion of Islam wholeheartedly, showing our followers that each and every person is unique, inspirational, and relatable. We feature the lives of the wide range of people that were guided to Islam and narrate stories which shows us the real beauty of the religion of Truth, Islam. Enter their lives, and feel connected. There is a revert in all of us! 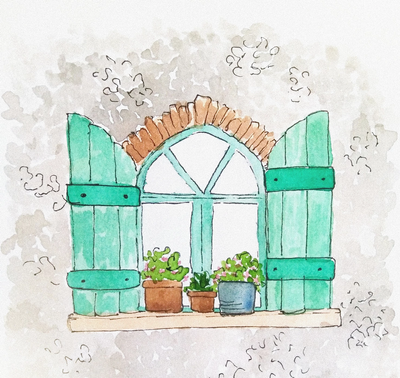 🎓Diploma In Shariah And Islamic Sciences For Sisters by Arriqaaq

🇹🇼The Life Of A Muslimah In Taiwan 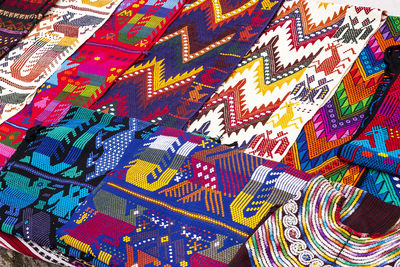 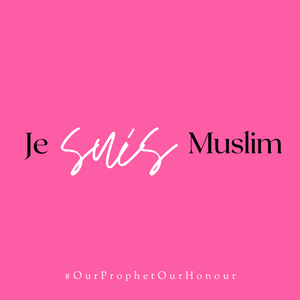 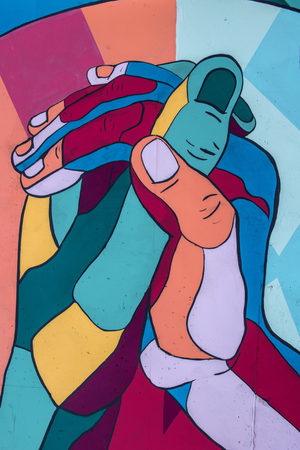 💝 How Islam Teaches Us To Tackle Racism